Mathematical chances of winning for the various lotteries

The chances of winning the top prize are different for each lottery. You will hear the term odds sometimes, but basically, the meaning is the same. The mathematical term is probability. Calculating the chance of winning the lottery is actually quite a complex mathematical formula. But let me give you a few basics first.

Calculating the winning chances for the lottery is a bit more complicated than that. First of all, once one number has been drawn, it cannot be drawn one more time, so probabilities change after each number has been drawn. Also, the various lotteries have pools with a different total of numbers to draw from, and a different count of numbers to be drawn. Powerball has 69 numbers total, and 5 numbers are being drawn. Then there is the Powerball number, which can be between 1 and 26. You need all 6 numbers to win the jackpot.

So what are the exact probabilities for the various lotteries?

I will spare you the exact formula to calculate the probabilities. For most lotteries, you can find it on their respective website. To make things easier for you, I have set up a simple table for the probabilities to win the jackpot at the biggest lotteries, all of which you can play online here at RedFoxLotto.com

Name of Lottery – chance/odds to win the jackpot
Powerball 1 in 292 Million
Mega Millions 1 in 259 Million
Euro Millions 1 in 139 Million
Eurojackpot 1 in 95,3 Million
Superenalotto 1 in 622 Million
La Primitiva 1 in 14 Million
UK Lottery 1 in 45 Million 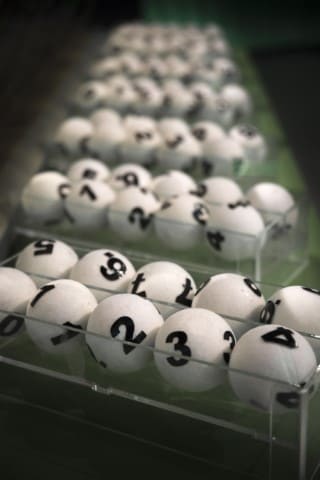 In order to decide which lottery you should play, you should look at both the odds and the size of the current jackpot. The lottery with the higher (worse) odds tends to reach a higher jackpot because the jackpot will not be won for a longer period of time. But whenever one of the lotteries with the “better” odds, such as Eurojackpot, reaches a sizable jackpot, that is a good moment to play. If you want to invest your money wisely, you should look at the risk versus reward ratio before you choose a lottery.