The Spanish Christmas lottery or Loteria de Navidad as it is fondly called is one of the oldest lotteries in the world as it has been in existence since 1812 and has been organized every year to date. The Loteria de Navidad is the second-longest continuously running lottery in the world as it has endured even during the time of the civil war in Spain.

Non-Spanish speaking countries often assume that El Gordo is the name of the lottery, the fact is that El Gordo just refers to the jackpot prize or literally the big one. 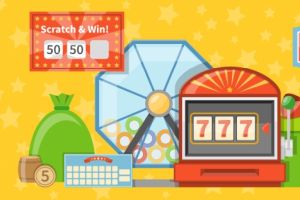 There is a weekly draw for El Gordo as well, and you can buy tickets for it here at RedFoxLotto.

The Christmas Edition of El Gordo

The Spanish Christmas lottery offers one of the largest lottery prizes in the world as players stand a chance of winning up to €2.5 billion in prizes while the jackpot prize or the El Gordo stands at €4 million. The draw takes place once every year close to the day of Christmas, as it is held every 22 of December.

To play in the Spanish Christmas lottery, you must be 18 years and above and the tickets already have series of 5 numbers imprinted on them so that when the draw is done, those tickets containing the winning numbers drawn qualify for a prize in the lottery. “El mayor premio es compartilo” is a slogan associated with the Spanish Christmas lottery and the English translation is “the greatest prize is sharing” and that is what makes the lottery special. Series of tickets often contain the same numbers so that if that number wins then the prize money is shared among all those that are having that number. During the draw, a ball containing a 5 digit number is drawn from a pool of others with each winning number having its prize associated with it. 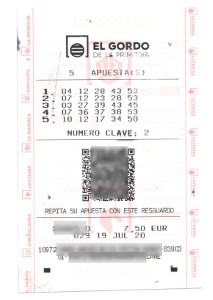 The Spanish Christmas lottery is now more of a tradition to the Spanish people as every Christmas period, the lottery tends to bring happiness to the people of Spain as they all expect to be winners in the famous Loteria de Navidad. The chances of winning the El Gordo is actually high compared to other lotteries as it stands at 1 in just a 100,000.