SuperEnalotto is known for the fact that the jackpot is often not won for a long time. So the main price, the minimum amount of which is 1,300,000, rises quickly. And there is no limit to its height. The highest win so far at Superenalotto was €177,800,000! 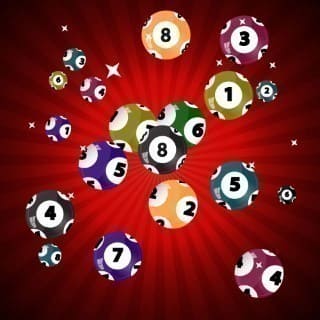 Have you been looking into some different games that you could be playing? Maybe you’ve always thought that you had to play the lotto in your own area or at least in your own country. Well, that’s definitely not the case anymore when it comes to online lottery. There are a whole lot of new opportunities out there for you and all you need to do is take a look at some of the websites that are out there. You’ll see a whole bunch of games that you may have never seen before.

SuperEnalotto is one of the most popular games in Italy and it’s one that you could absolutely have a part in for yourself. You can actually purchase your tickets directly online, no matter where you actually live. That’s going to make it even more fun for you because you’re playing a game that you’ve possibly never seen or even heard of before. What’s more exciting than having an entirely new opportunity and a completely different chance of winning than the games you’re so used to playing?

When you do choose to play this game, you’re just going to need to know where you’re getting your ticket from. RedFoxLotto.com can help you to pick out your numbers and order your ticket so that it’s ready the next time there’s a drawing. It’s entirely online and you’ll still have all the same abilities as someone who purchased their ticket by walking into a store. That makes it convenient even for those who do live in the area where the game is played. You can just purchase a ticket online without ever having to leave your own home.

Why would you play this game? Well, one of the reasons is that you have the possibility of winning millions of euros by playing. That can be a whole lot of fun. In fact, this game has been known to have some of the largest jackpots around and that’s definitely a reason you’ll want to take a closer look and possibly decide to play it at least a few times for yourself. Who wouldn’t want the chance of winning millions of euros? And all for the low price of a single ticket (or a few tickets if you want to increase your chances of winning by a little bit).

This game also has a drawing on three different nights of the week, so you’ll have the opportunity to play even more frequently. Those who love the games with more frequent drawings will love that this one is available on Tuesdays, Thursdays, and Saturdays, all at 8:00 pm. This game hasn’t really been around that long when you look at the grand scheme of things, because it only started in 1997, but that doesn’t mean it’s not going to be fun or that people aren’t cueing up to purchase a ticket (which you won’t have to do because you’re playing entirely online).

Now, the downside to this game is that it can have some low odds. In fact, the odds that you are going to win the jackpot are some of the lowest in the entire world. That means you have a better chance of winning just about any other lottery game that you play, rather than this one. But you don’t have to feel too discouraged. You can still have a great time playing and you’re still going to have a chance to win some of the smaller prizes. Plus, who knows, someone has to win that jackpot, right? Why couldn’t it be you?

So, just how are you going to check the SuperEnaLotto results if you do decide to play this game? You actually have several different options. Some of the most popular is simply to check the local newspapers the day after the drawing or to watch the drawing live if it’s available on your TV. You can also check out one of several different websites (like RedFoxLotto.com) that will show you the results either immediately after the drawing or within a couple of hours of the drawing. That way, you don’t have to waste any time figuring out if you’ve won.

Having fun playing the lotto is the first step in the entire process, but from there, you want to make sure you’re winning something. With SuperEnalotto you may have lower odds, but you’re going to have a good time and you’re going to get the opportunity to experience an entirely different type of game. If you’ve been playing lotto online for a while, this is definitely another game that you’re going to want to take a closer look at. You never know just what it could do for you and what do you have to lose by trying it out for at least a couple of rounds?