Saturday lotto, as the name implies is a lottery played every Saturday night in Australia. The game is marketed all across Australia and is known by different names in different regions of the country.

In South Australia it is called X lotto, in Queensland, it is called Gold Lotto, Tattslotto in Victoria, Tasmania, Australia capital territory and the Northern territory. In New South Wales and Western Australia, it is known simply as Lotto or Saturday lotto.

Previously in the Saturday lotto, 6 main numbers are selected from a possible 40 and also a supplementary number is added. But presently it has been changed as it is now 6 main numbers selected from a possible 45 and also 2 supplementary numbers. This change has greatly reduced the possibility of winning a prize or rather the jackpot in the Saturday Lotto. To play in the lottery, players are required to pick a minimum of 6 numbers from 45, and when the draw is done if your 6 numbers match the 6 main numbers drawn then you have won the jackpot. 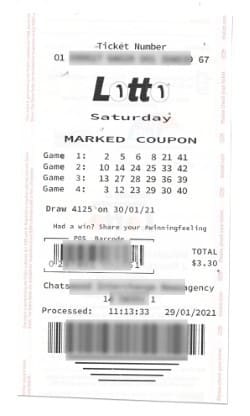 Saturday lotto offers about AUD$ 4 million every week as the jackpot prize and can be shared by a maximum of 4 winners. Tickets for the lottery can be gotten online and also in designated stores across Australia. The probability of hitting the jackpot in the Saturday Lotto is about 1 in 8 million.