The basics of Keno

At RedFoxLotto, we bring you Keno for real money – and it’s not just daily Keno, it’s even better than that! If you have never tried Keno, let us show you how it works. And if you already know Keno, you will be surprised that we have something special for you – see the last paragraph!

Keno is a real money game where you have to pick numbers to create a Keno ticket, and then there will be a draw that decides the winning numbers. So the goal, of course, is to have as many matching numbers on your Keno ticket. The more of your numbers match the numbers from the Keno draw, the more money you win. So far, it all seems to work similarly to the “normal” lottery, where you pick 6 numbers out of 49, plus maybe one or two extra numbers. But Keno has a different format.

What is the difference between Keno and a normal lottery?

The difference is that when you play real money Keno, you decide how many numbers you pick, and you also decide how much your ticket should cost. You can decide to play just one number, or two, or three – up to ten numbers are possible. The payout that you get when you have picked enough winning numbers depends, of course, on how many numbers you have played. You can see a payout table below.

Perhaps the biggest difference of all is the fact that with every draw, 20 winning numbers are drawn from a total of 70 possible numbers. That means your winning chances are quite high. Imagine you picked only three numbers, and 20 out of 70 numbers will be drawn! Of course, playing only 3 numbers means your top prize will be smaller. But the importance is that you decide what your ticket should look like.

But you can also decide how much money you want to risk – that is what the multiplier function is for. When you pick one combination of numbers, your Keno ticket will cost you €1,68. It does not matter, how many numbers you decide to pick. But you can set the multiplier to be 2 – now your ticket costs €3,36, but your potential winnings are also twice as high. To see the payouts for this multiplier, set the dropdown menu to 2, and you will see that the payouts have changed.

If you choose the highest multiplier, you can win the maximum amount of real money, which is $1 million (displayed in € on our site).

So what is so special about Keno at RedFoxLotto? 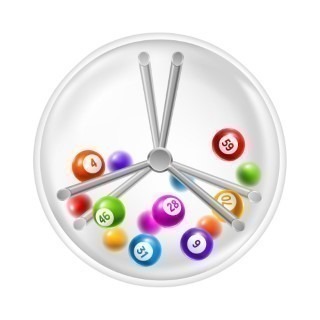 Here are the surprises we promised: First, our Keno games draw not just daily, but every four minutes. That means that you never have to wait more than four minutes to find out whether you have won or not. So, you came here to get a ticket for Powerball or Euromillions. But those draws may be hours or days later – why not buy a Keno ticket as well, to give you a chance of an almost instant win?

And here is a second special feature: when you buy a Keno ticket with at least 8 numbers on it, you win money even when not a single one of your numbers matches the next draw. If you decided to go for a 10-number ticket, and you have exactly 1 number that matches the draw, you also win a real money prize. This means that even if you lose, you still win a small prize!